Perhaps the best urologist surgeon of our time and possibly in all of history, Professor Sava V. Perovic, MD, PhD answered the following frequent urological questions regarding Peyronies Disease treatment, bent penis surgery, penis curvature correction and other male urology problems. You are welcome to submit any other questions you may have regarding these topics or any other urology problems in men.

In early 2010, Serbia's highest and oldest academic institution, founded in 1886, awarded Dr Perovic “full” membership in the Academy, granting him the title “Akademik”.

That ranks him among the greatest minds of Serbia in history, such as Nikola Tesla, Nobel Prize winning author Ivo Andri, and astrophysicist/geophysicist Milutin Milanković, famous for his mathematical theory about ice ages and long-term climate change. It is similar to the British Royal Society's title “Fellow of the Royal Society”.

Dr Perovic died at 3 pm on 4 April after fighting cancer for more than a decade. Professor Perovic has created a tremendous body of knowledge about advanced urological surgery and trained a number of very talented young men regarding all his surgical procedures. An explanation about this is provided on his official web site.

Dr Perovic ensured urological surgery will continue to advance greatly in the years ahead and more people than ever will get the high quality surgical solutions to their health problems that they deserve.

Dr Perovic's mission will be continued by the Sava Perovic Foundation led by Dr Rados Djinovic, Chairman. It will be a great endeavor by many great men and women who want to honor Serbia's Great Professor. On behalf of the Sava Perovic Foundation, Dr Djinovic (JIN-O-VICH) will continue to respond to questions from patient's about Peryonie's surgery and his answers are this color.

How to straighten a bent penis caused by IPP?

“We do it by contra-lateral incision, penile straightening and grafting of the defect.”

How to sort out a bent penis?

“In Peyronie's and cases of penile curvature, the only logical way is to straighten it and restore its shape before the disease.”

How can I straighten my bent penis?

“The only proven way to do it is by surgery.”

“Hardly. Only if you are super-rude with very hard hands (only theoretically).”

How to cure Peyronie's disease?

“Unfortunately, only by surgery.”

“Curvature is any deviation from the normal axis. Bent penis surgery is advisable when the condition causes difficulty for the patient.”

Why does my penis curve to the left?

“If it is from birth, then it is a congenital anomaly. If it came later in life, the cause is Peyronie's disease.”

Why does the head of the penis curve?

“Because the distal part of the cavernosal body is affected.”

What are the reasons for a bent penis?

“A congenital anomaly is one reason — disproportion between penile sides. In the case of Peyronie's disease, excessive scarring of one part of the tunica albuginea”

Is surgery the only Peyronie disease treatment? I need a real treatment for peyronies.

“It's the only one which has proven to be successful.”

Is surgery a permanent Peyronies cure?

“Yes, in the great majority of our patients. Approximately 10% have progression of disease and then implantation of a penile prosthesis is necessary.”

Will Peyronie's disease make me impotent or cause erectile dysfunction?

“This is not likely but it is common to develop Peyronie’s Disease and erectile dysfunction concomitantly.”

Can Peyronie's be cured or only treated?

“Yes, it can be cured in the majority of patients.”

Does Dr Perovic believe plication using the Nesbit procedure is less likely to cause erectile dysfunction than tissue grafting?

“NO! Our experience has proven that grafting causes new erectile dysfunction in a small number of patients — usually when the defect is excessive and the graft is extremely large. Then we advise patient to have concomitant implantation of penile prosthesis.”

Does Professor Perovic believe the Nesbit procedure is the best way to surgically correct congenital curvature?

“Absolutely not! We almost never do it.”

Does the Perovic Procedure use grafts to replace or merely expand scarred areas of the penis and only remove calcified plaques?

What criteria must candidates for Perovic Peyronie's Surgery fulfill to be considered suitable candidates?

“Suitable candidates must have stable disease without progression for a few months. However, if the patient also needs or wants a penile prosthesis, this period is not important — surgery should be as soon as possible.”

“A penile implant is a better option.” 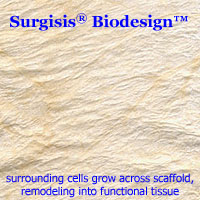 What percentage of patients with Peyronie's disease experience pain with an erection?

“In the beginning of the disease, up to 50% in our experience.”

How does Dr Perovic minimize chance of damage to blood vessels and nerves during his procedure?

“By meticulous dissection gained by great experience. We perform this almost every day, often a few times per day.”

What types of tissues are used by Dr Perovic for grafting material? Does he use ever use the saphenous vein?

What is the chance that surgical correction of Peyronie's Disease will result in erectile dysfunction if stated as a percentage?

“10%, not more. De-novo (new) ED is present in 10% of cases. A patient who has erectile dysfunction before surgery will also have it after.”

What is the chance, in terms of percentage, that surgical correction of Peyronie's Disease will result in erectile dysfunction if penile girth enhancement using autologous tissue engineering with biodegradable PLGA scaffolds is performed at the same time?

“The risk of erectile dysfunction is the same, 10%. Only risk of infection and dermal matrix graft material shrinkage is increased.”

“Yes, otherwise, the risk of erectile dysfunction is high.”
(Note: Significant penile lengthening using grafting on a man with Peyronie's Disease but no erectile function before surgery would likely cause him to develop ED afterwards. For that reason, lengthening is done only on men who already have ED caused by the Peyronie's Disease, or other factors, or who are likely to develop ED after Peyronie's surgery because of the extensive amount of grafting that will be required to correct substantial defects.)

Do you advise any Peyronie's Disease patients who come to you for corrective surgery to also get penile girth enhancement with tissue engineering and scaffolds at the same time?

How much does it cost for Peyronie's correction and penile girth enhancement using tissue engineering with PLGA scaffolds at the same time?

“We don’t do this at the same same time due to risk of infection.”
(see below)

What is the percent chance of ED if I get Peyronie's correction?

What percent chance of ED if I get correction with girth enhancement at the same time?

“Yes, due to risk of erectile dysfunction (ED).”

And always because a guy has ED or is likely to get ED from the corrections?

“You can develop erectile dysfunctin from the corrections.”

Do you advise any Peyronie's patients to get penile girth enhancement with tissue engineering and scaffolds at the same time as Peyronie's correction?

Can I regain my original dimensions in both length and girth?

You come highly recommended by Dr. Paulo Egydio of Brazil. In fact, you are the only physician named by him capable of delivering outstanding results such as this. If I were to have surgery by you, and the results are good, could I later opt to have girth enhancement after I've healed? My wife and I have three children and she prefers thickness.

I consider Dr. Perovic and Dr. Egydio the best in the field and want a straight answer on my prognosis. Do you think I can be fixed?

Is there anything I can do to increase my chances of surgical success?

“Nothing in particular, the only things we cannot predict are ED and progression of the disease.”

Does the procedure normally cause loss of sensitivity or numbness to the penis? What are the chances?

Are Xiaflex injections recommended by the Sava Perovic Foundation as an alternative to reconstructive surgery? A cure for Peyronie's Disease?

Should Xiaflex injections be tried first?

“If you want, but until the present we haven't seen any patient cured of Peyronie's by any kind of topical treatment.”

While I do have a small plaque, I have narrowing along the length of the shaft. Is all of this caused by the small dorsal plaque?

“Partly. Basically, it is fibrous change along the whole length of the albuginea.”

Are there any particular tests I could have done by my urologist that would benefit you in determining likelihood of post-op ED.

“Color-dopler ultrasound of your cavernosal arteries in full erection induced by PG E1.”

Iatrogenic
Injury Due to
Peyronies
Disease